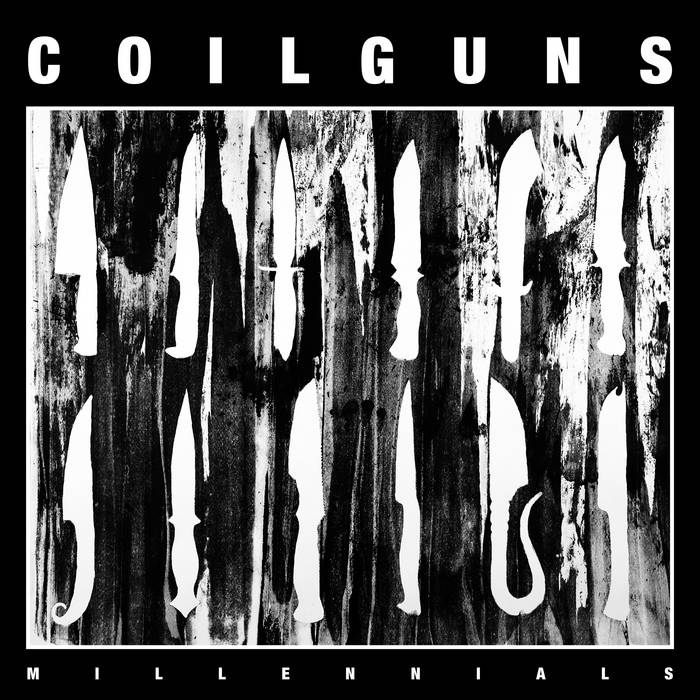 Millennials is a violent and over-the-top distorted record, born in a completely saturated scene and produced by four hyperactive fellows, who for obscure reasons decided few years ago not to work a full time boring job but to invest their money, time and mental health in heavy underground music. One can notice they are eventually older now; their hardcore got lazier, fatter and darker. There is even a new tribal feel to it, just like if those guys were still naïvely dreaming of building a parallel society somewhere in a cursed country where deviance and free self expression would matter as much as business skills and communication concepts. Millennials was written and recorded in january 2016 by the band itself, self-engineered on old second hand tapes in a four rooms wood stove heated vacation house, lost right in the middle of the desperate monoculture landscapes of central germany. What came out is a breathless, lo-fi and lo-tuned epileptic record, that roughly questions their own behaviour as partially conscious citizens of a scarily weird and exciting globalized music world.