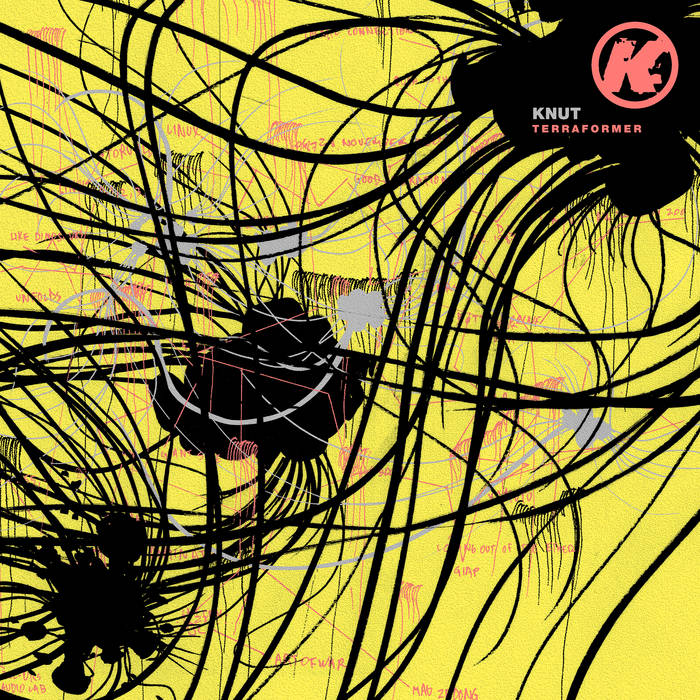 Available on vinyl starting today, Terraformer was originally released in 2005 on Hydra Head Records and Conspiracy Records, and saw Knut challenging themselves by blurring the lines of musical genres with a stunning combination of metal, noise and hardcore.

Ironically, the album almost didn't happen as Knut nearly imploded following the release of their third album Challenger, and several tours with Isis, Keelhaul, 5ive’s Continuum Research Project, also sharing stage with Pelican, Mastodon and even Motörhead. All four members decided to take some time off the road and focus on other projects and as result, the four-piece reemerged with a reinvigorated sense of aggression that contrasted nicely with their growing tendency to incorporate some expansive, trance-inducing drones.

The band recaps the story behind the creation of Terraformer: «vocalist-lyricist Didier came up with the title watching a documentary about the prospect of terraforming Mars while visiting our mates of Conspiracy Records, our European label based in Antwerp, Belgium. It sounded really stupid to colonize a distant and inhospitable planet while we were busy destroying our own blue home.» A concept took form, with songtitles Genoa, Fallujah, Seattle, Kyoto, Davos establishing «a psychogeographic mapping of power centres and meeting places and from there a soundtrack to the uprisings and protests against G7», as one reviewer would accurately put it.

«In November 2004, we reconvened in a basement – our friends Nostromo's rehearsal space – with Jerome Pellegrini, to demo a bunch of tracks. Instruments were often traded, a lot of knob-twiddling took place in a giant cloud of smoke, and a future recruit came to lay down a few parts. By the end of the week-end, the demo had become an album. And as the direct-to-disk machine used for the recording unfortunately crashed during backup (irony strikes again), there was no coming back or further mixing possible. Fuck it. At this stage, it was a vibe over perfection.»

All songs by Knut

Recorded by Jérôme Pellegrini at at Terrier 5, Geneva, 26-28 November 2004
Remastered by Lad Agabekov at Caduceus Studios. 2020